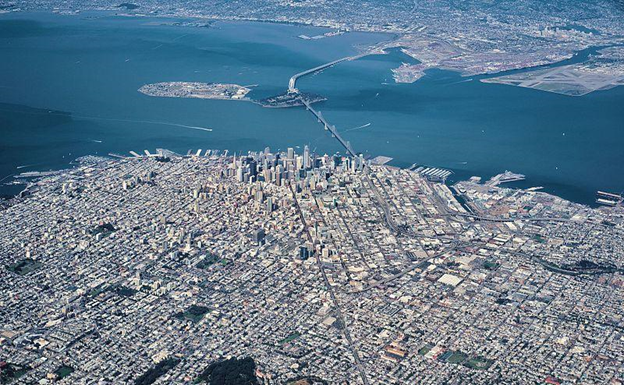 To rent a basic two-bedroom home in the nation’s three most expensive counties, you should be making about $127,000 a year, says a recent report by the National Low Income Housing Coalition, as reported in the Mercury News. And all of these counties just so happen to be in the Bay Area.

You can probably guess which ones they are:

The Bay Area is home to seven of the top 10 most expensive counties in the U.S. And the other three in the top 10 are also California counties.

In the three most expensive counties, renters need to work full-time – 40 hours per week and 52 weeks per year – and make $60.96 per hour to rent a modest home. The average rent for a basic house in these counties is $3,170 per month.

Things are a little more affordable in Alameda and Contra Costa counties. To rent a basic home, you’d need to make $85,030 per year, which equates to working full-time for $40.88 an hour. Santa Cruz was the seventh Bay Area county on the “most expensive” list.

The report based its findings on the “fair market rent” for each jurisdiction. Fair market rent is calculated by HUD to estimate what a family moving into a new place today can expect to pay for a modest rental home with utilities. From there, the researchers for the report calculated how much a worker would have to make in a year while spending no more than 30 percent of their salary on rent and utilities.

The minimum wage is $12.00 in California. In San Jose and San Francisco it’s $15.00, which equates to $31,200 annually. Housing experts say this gap in earnings and affordability is why homelessness is up 43 percent in Alameda County and up 31 percent in Santa Clara County. And there’s been no improvement since last year.

Amie Fishman, executive director of the Non-Profit Housing Association of California, which partnered with the National Low Income Housing Coalition to promote the report said, “It’s worse [than last year]. What we’re seeing is that it’s just continually getting worse.”

Experts fear the problem will get worse before it gets better because of job prospects. The jobs sector that’s expected to grow the most in the next seven years is low-wage jobs, including restaurant servers, janitors, and medical assistants. And all of these professions pay less than the hourly wage needed to afford a modest two-bedroom home in the Bay Area.

“On the one hand, it’s shocking,” said Fishman said. “And on the other hand, it’s affirming the reality that Bay Area residents and Californians are experiencing every day. The shocking part is how, if you look at the nation, we are so far out in front of everyone.”

“The fundamental problem, as the ‘Out of Reach’ [report] makes clear, is the mismatch between what people earn or otherwise have available to spend on their homes, and what housing costs.”

Across the U.S., there is a shortage of 7 million homes for extremely low-income renters. This means there are only 37 affordable homes for every 100 households in the low-income bracket.

The report also cites a lack of funding from the Federal Government as another reason Bay Area cities are falling behind in adding new, affordable housing units. In the late 1980s, two out of every three households, or 50 percent, that needed financial aid for housing did not receive it. Today, that number has increased to three out of every four households, or 75 percent, that are not receiving it.

As the leading San Jose property management firm, Intempus Property Management has been serving satisfied clients from Sonoma to Santa Clara counties and everywhere between for over a decade. Our clients consistently give us five-star reviews for our award-winning customer service. So, whether you’re looking to buy, sell, or rent a property, contact us. One of our team members will be happy to talk with you about your real estate or property management needs.