Will home buying become harder if consumer confidence is on the increase?

A minimum of one dose of the COVID-19 vaccine has been administered to about 45% of the
US population. This has made mobility go on the up rise and facilitated an improvement in
the job market. The much-needed relief is therefore being disseminated to many due to the
latest economic stimulus. All these factors have resulted in a sharp peaking of consumer
confidence to an all-time high since the beginning of the pandemic.

This looks good on paper, but in reality, what does this mean? Will the influx of able and
ready buyers to a real estate market where buyer demand is maximum make matters worse
even as prices continue to increase? Or will more sellers that have held out enter the market
with renewed confidence in the economy?

Spike in consumer confidence in April

The consumer confidence index by the conference board peaked at 121.7 in April from 109,
which was an impressive showing in March.

The administering of the vaccine and improving the job market have contributed largely to
the speedy increase in economic confidence. As a result, the short-term prospects of
businesses have also moderately improved. The expectation index has now increased by 1.5
points in April compared to the previous month; it reads 109.8.

Probably due to the recent rounds of stimulus checks and bettering of the job market,
consumers “were more positive about their earning potential”. At the conference board, the Senior Director of Economic Indicators, Lynn Franco, said: “Consumer’s assessment of
present conditions improved greatly in April, hinting at a strengthened economic recovery
early in the second quarter”.

How does this affect real estate?

Generally, it is encouraging to see an improvement in consumer confidence, but what this
means for the current real estate market is the unpredictable element. Presently, housing costs are at an all-time high, and prices continue to increase against all odds. As of February
2021, the S&P/Case-Shiller U.S. National Home Price Index was 238 points. As a result, there are several questions first-time homeowners should ask if they don’t want to know the best ways to get the best prices.

There is a 12% year-over-year increase in gain in home costs. Maximum buyer demand and
unyielding housing supply through different markets have made home prices exorbitant. As
of April 2021, houses were sold in an average of just 43 days – which is 20 days more quickly
than as of April 2021.

Let us not forget how bad April of 2020 was. Remember that the COVID-19 pandemic
affected the United Stated – April being the first full month. Some markets were freezing,
and several real estate agents were classified as “nonessential workers”. The contrast
remains quite stark when considering the average days on the market.

Bidding wars have translated into substantial price increases because of the high buyer
demand. About half of the houses on the market are getting multiple offers, and they are
mostly selling above the asking price. With the continued increase in consumer confidence,
it is expected that more buyers will join the market due to better income, increased
mobility, and reduced anxiety. Also, sellers who have held on because of COVID-19 may
eventually list their properties so as to take advantage of the increase in market prices
before they even out. You can ascertain all this out by using a real estate easy cap calculator,
which shows the current inflation going on in the real estate market.

Will the number of sellers entering the market be enough to offset the increasing demand
and prices of real estate? Or will there be a continuous increase in demand and not enough
supply, causing a market crash?

According to the internet, a market crash is a possibility.

Google search for “when is the housing market going to crash” is enormously high.

Google data suggests that the key phrase search for “when is the housing market going to
crash” increased by 2,450% through April. This search data is also amidst the massive
increase in property prices which brings back the year 2006 to the memory of Americans.

The Case-Shiller Index in 2006 reached a maximum of 184 points, which was a historic price

point. Fifteen years afterward, that figure is a distant memory.

A J.P. Morgan Research contributed: “After strong gains spanning the last five years, the
house price index nationwide is now above its 2012 low point by 40% and its 2006 peak by
4%. If 2006 was a historic year, then the present price levels should be closely evaluated”.

Mostly, experts don’t think that there is a need for us to be overly concerned. A credit rating
agency, Fitch Ratings, has calculated the overvalue of homes, a value reaching up to 5.5%
presently. There is still a higher-than-regular degree of unemployment, and the economy is
still recovering despite the real estate gains. Therefore, economists and experts believe that
these prices cannot be maintained in the long run.

Howbeit, several experts believe that a slight correction instead of a crash is the likely route.
This is because demands by buyers remain substantial, single-family homes being in higher
demand. Basically, this housing market economics is intrinsically different than 2006.

The National Associations of Home Builders Chief Economist, Robert Dietz, said: “We are not
going to witness the housing market crash, but we are anticipating some calming in the
growth rates that cannot be maintained as seen in 2020… When prices of home grow faster
than the incomes, that trend is unsustainable in the long run”.

One of the strangest years yet in real estate and the economy, in general, was seen in 2020;
there is the possibility of normalization in the future if the fundamentals prove right. This
return to the usual may occur soon.

In conclusion, the jury is left to decide what path in the fork will be taken! If you want to
know more about this and many other issues, make sure you get in contact with us. 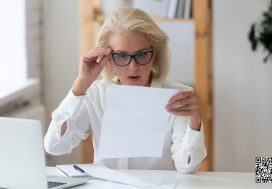 Real Estate Rental and Sales Trends for Q3 & Projections for 2022 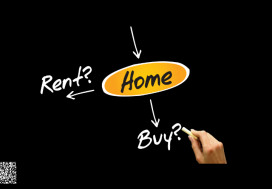 What Do Famous Investors Have to Say About Buying vs. Renting A House? 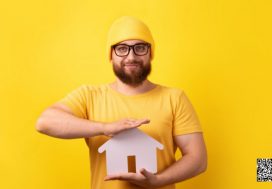 Airbnb: How Does It Change the Buy vs Rent Argument